The new banknotes in the Europa series will be introduced gradually over the next few years, in ascending order of denominations.

The first banknote in the new series was the €5, which has been in circulation since 2 May 2013. 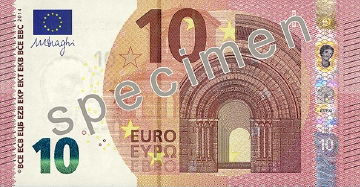 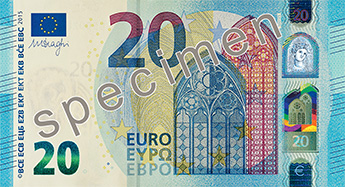 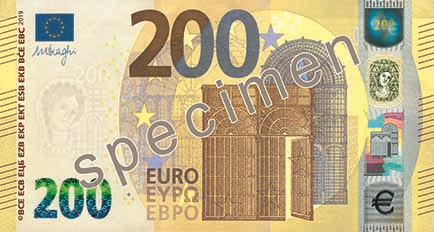 On 4 May 2016 the Governing Council of the ECB decided to permanently stop producing the €500 banknote, and to exclude it from the Europa series. At the same time it also announced that issuance of €500 banknotes would cease around the end of 2018.

Accordingly it was agreed at Eurosystem level that the NCBs of the Eurosystem would end the issuance of €500 banknotes on 26 January 2019 (end of day), although other market participants (commercial banks, bureaux de change, etc.) may continue to recirculate these banknotes after this date.

After their issuance ends, €500 banknotes will remain legal tender, and can still be used as a means of payment and a store of value. The €500 banknote will retain its value, and can be exchanged at the Bank of Slovenia for an unlimited time.

The other denominations remain unchanged: €5, €10, €20, €50, €100 and €200. After the introduction of the second series, euro banknotes of both series will be in circulation simultaneously for some time. The date when the first series ceases to be official legal tender will be announced in advance. It will nevertheless always be possible to exchange the banknotes of the first series for banknotes of the second series at the national central banks of the Eurosystem.

For more information on the second series of euro banknotes, see the ECB website.

Replacement of damaged banknotes and coins